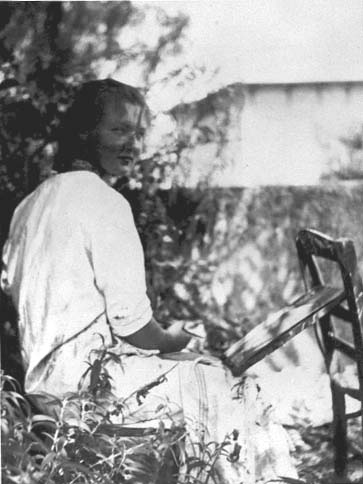 Charlotte Salomon (16 April 1917 – 10 October 1943) was a German-Jewish artist born in Berlin. She is primarily remembered as the creator of an autobiographical series of paintings ''Leben? oder Theater?: Ein Singspiel'' (Life? or Theater?: A Song-play) consisting of 769 individual works painted between 1941 and 1943 in the south of France, while Salomon was in hiding from the Nazis. In October 1943 Salomon, 5 months pregnant at that time, was captured and deported to Auschwitz, where she was murdered by the Nazis soon after her arrival. In 2015, a 35-page confession by Salomon to the fatal poisoning of her grandfather, kept secret for decades, was released by a Parisian publisher. Provided by Wikipedia
Showing 1 - 1 results of 1 for search 'Salomon, Charlotte', query time: 0.02s Refine Results
1
Leben oder Theater? : ein autobiographisches Singspiel in 769 Bildern
by Salomon, Charlotte
Published 1981
Call Number: Loading...
Located: Loading...
Inhaltsverzeichnis