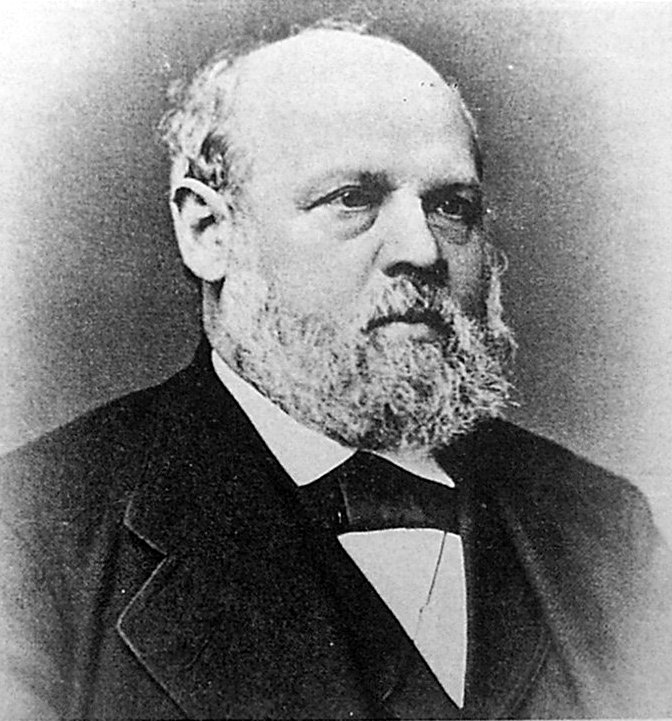 Johann Heinrich Wilhelm Geißler (26 May 1814 in Igelshieb – 24 January 1879) was a skilled glassblower and physicist, famous for his invention of the Geissler tube, made of glass and used as a low pressure gas-discharge tube.

Geissler descended from a long line of craftsmen in the Thüringer Wald and in Bohemia. He found work in different German universities, eventually including the University of Bonn. There he was asked by physicist Julius Plücker to design an apparatus for evacuating a glass tube.

Plücker owed his forthcoming success in the electric discharge experiments in large measure to his instrument maker, the skilled glassblower and mechanic Johann Heinrich Wilhelm Geissler. He learned the art of glassblowing in the duchy of Saxe-Meiningen.... He finally settled down as an instrument-maker in a workshop of his own at the University of Bonn in 1852.

Geissler made a hand-crank mercury pump, and glass tubes that could contain a superior vacuum.

The Geissler tube was used for entertainment throughout the 1800s and evolved around 1910 into commercial neon lighting. Advances in Plucker and Geissler's discharge tube technology developed into the Crookes tube, with which the electron was discovered in 1897, and in 1906 into the amplifying vacuum tube, the basis of electronics and long distance communication technologies like radio and television.